One of the most exciting things about the Barron Prize is seeing young people whose projects have been honored continue to make a positive impact on our world. Some of our former winners have even chosen to help the Barron Prize in its mission to honor young heroes! Each year, our selection committee includes youth and young adults who, once upon a time, submitted their own applications, and who now offer their expertise to choose a new crop of inspiring winners and honorees. These young adults know first-hand the level of work and dedication it takes to build and maintain the extraordinary projects submitted each year, and are uniquely qualified to help continue the legacy of the Barron Prize. 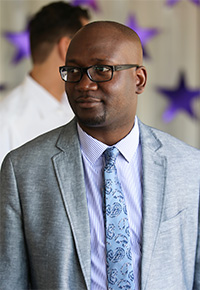 Shawn Henry, a winner from 2004, has been part of the Barron Prize selection committee since 2013, and says participating as a judge is a rewarding activity that gives him the opportunity to give back to the organization. “The selection process is inspiring to me because I get to learn about some of the amazing work that young people across the country are doing in their communities.” For Ashley Schuyler Carter, who was one of the prize’s very first winners in 2001, the request to become part of the adjudication process “seemed like a perfect way to ‘pay forward’ the gift I had received through the Barron Prize.”

This year’s crop of applicants has been especially impressive, according to these former winners. Both say they’ve noticed an increasing number of technological solutions to problems over the years, and this year was perhaps the most sophisticated yet. “These are some really smart kids who can engineer things and solve problems in an incredibly intelligent way,” says Ashley. Shawn says he’s impressed by how young some of the applicants are, especially in relation to the solutions they’re finding to their chosen issues. “I would describe 2016 as the year of making a difference with technology.” 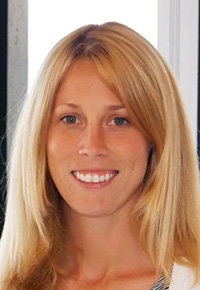 With so many entries to choose from, how do these judges ultimately pick who they’d like to honor with the Barron Prize? Both Shawn and Ashley say they look for young people who are leading by example, and who are authentically driven by the desire to make a positive difference in the world. In fact, almost as important as their achievements is the passion which applicants put into their projects. “Each year, I feel as if I am even more inspired by the creativity, heart, curiosity, and ambition with which young people tackle the things they are passionate about,” says Ashley. Shawn shares Ashley’s enthusiasm for the inspiring work done by these young people in their communities. “The applicants continue to demonstrate the power of young people as agents of change”.

The winners of the 2016 Barron Prize will be announced on September 19; watch this space for more on these inspiring, outstanding young people!