The Flexibility of Trees

This blog entry was contributed by Joel Hoff as part of my “Into Nature” guest blog series celebrating the reissue of my book, The Ancient One. I invite you to submit your own nature inspirations for a chance to win signed copies of the new edition of The Ancient One and for your entry to be featured here on my blog!

From a very early age I’ve held a fascination for nature. I was blessed with a family who loved to camp, hike, and travel as often as possible (finances and time allowing). Yet, it wasn’t until I was 12 years old, that that love for nature transformed into adoration and utmost respect. For, in my twelfth year I was honored with the privilege of checking out from my school library a book that has come to, in many ways, define the way I write, the way I think, the way I speak, and the way I have conducted myself over the last two decades (and more). That book was entitled, of course, The Lost Years of Merlin.

Even before Emrys begins his quest for truth, in the years he spent in Gwynedd, he values nature. Despite the vast scope of his journey to Fincayra in its entirety, and all that unfurls there, there is an event that takes place in chapter 3 that, when I read of its account, to this day continues to awe and inspire me.

Emrys, when fleeing the wrath of Dinatius, makes his way into a wooded grove. Fearing the older youth will quickly catch up to him, Emrys decides instead of continuing to run, he will make his way up the nearest tree. In doing so, Emrys escapes Dinatius (for the day). However, instead of climbing down, and heading back into the village, he decides to climb further up. I remember reading the account of Emrys’ deep thoughts as he sat within his perch, and his description of the beauty of his surroundings. I felt the same exhilaration as did young Emrys, as the higher he climbed, the higher my own spirit was lifted. Then came the rain and pummeling winds, sending even something as hardy and old as a tree a-sway… With a newfound and insatiable curiosity instilled in my twelve-year old heart, I knew this was something I just had to try it out for myself! 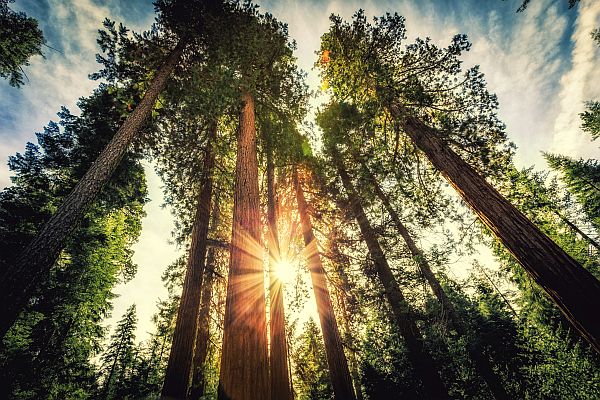 So it was, day after day I waited, looking to the skies for the perfect weather in which to ride out the storm. At long last there came an opportune moment, though once the thunder shook the earth, and radiant flashes of lightning lit the darkened skies every handful of minutes, I seriously began to rethink my plan. Nevertheless, I chose a tall pine as my perch and began to climb. Like Emrys, I climbed, and I climbed, and I continued to climb until at last I was as high as I could possibly (and safely) be. As the winds picked up, and blew against the tree’s trunk, I was absolutely amazed (and still am) at how incredibly flexible a tree could really be! Back and forth it vigorously swayed, giving me the unnerving feeling that I had to hang on tightly or suffer the consequences!

While the storm in Emrys’ case did eventually subside, my own storm lingered, forcing me to abandon my perch before I was met with any real danger. I remember walking inside, chilled to the bone and altogether soaked. But I was also refreshed and rejuvenated. There was something about a oneness with nature that was sensationally freeing, and it’s a feeling to this day I have not forgotten, nor do I think I ever could. I’ve been blessed with countless inspiring encounters with nature, for which I am thankful. But the moment when I, along with Emrys, rode out the storm so to speak, will remain the defining moment of my deep appreciation and love for something grandiose; something that is deserving of that appreciation and love.